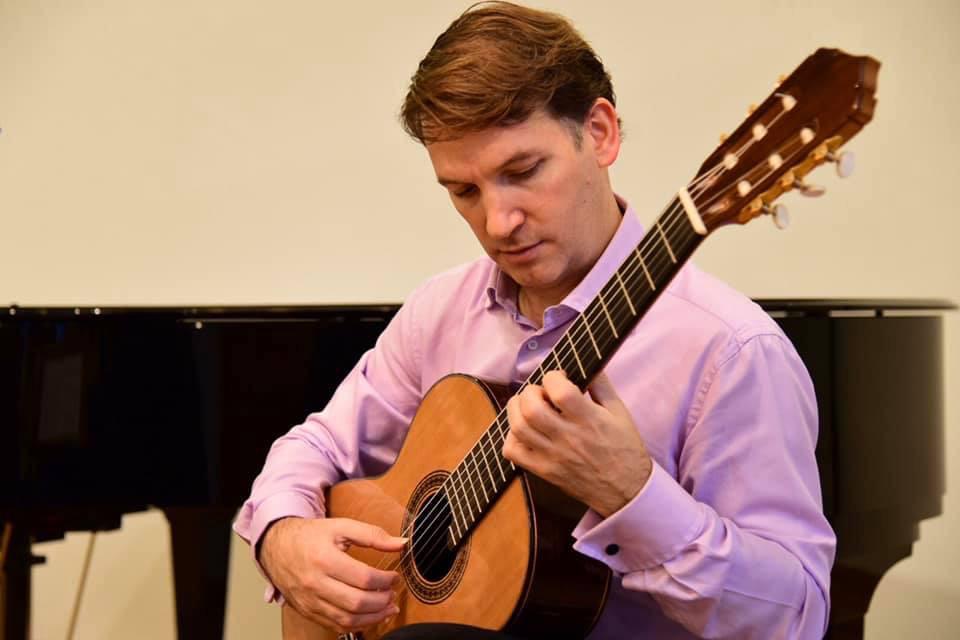 Marco Tamayo was born in La Havana, Cuba where he started playing the guitar at the age of three with his father. He studied with Antonio Alberto Rodríguez and Leo Brouwer, Harold Gramatges, and later in Europe at the University of Music in Munich (Germany, class of J. Clerch), and at the Mozarteum University of Arts in Salzburg where he studied with Eliot Fisk (guitar), Rainer Schmid (violinist), and Anthony Spiri (cembalist), Kenneth Gilbert (cembalist), among others. When he made his first public appearance at the age of six national TV channels in Cuba presented him as a prodigy young talent of the guitar. At the age of ten he was already touring former DDR and Bulgaria with his brother.

His concert activities shares with teaching and leading Master classes in different Guitar Festivals around the globe, Greece, Spain, Germany, México, Poland, France, Hungary, and in Universities like the Seoul University of Arts in South Korea. He lives near Klagenfurt (Austria) since 2005 and teaches as Professor at the Mahler University. He is appointed professor of guitar also at the University of Arts and Music “Mozarteum” since the year 1995 in Salzburg, in Sydney Australia and recenly in Gdansk (Poland).His classes include a large number of winners of Major International Guitar Competitions.His book  "Essential principles for the performance on the classical guitar" changed the way to teach guitar and to approach the instrument worlwide,

On December 14th 2006 Marco Tamayo received the “Cittadinanza Onoraria”, Honourable Citizen of the city of Alessandria , in Piedmont , Italy , and is the second guitarist, after Maestro Alirio Díaz, who received this honor. In December 2013 received the same honor from Solero City, where the famous lute maker Pietro Gallinotti was born. Marco Tamayo was charged as Artistic Director on 28/12/2011 during the annual meeting of the Pittaluga Executive Board and since last 10 January 2015 he is "Committee advisor" too.